Help me decide which computer I should buy!


20 replies to this topic

So I stupidly pre-ordered Civ: Beyond Earth without checking the specifications, and apparently Systemrequirementslab.com says I need a better video card (I'm not sure if it's the same as the graphics card, but I'mm assuming so as it deals with graphics). So here I am, trying to find a good video card so that when the 24th of October rolls around, I will be able to play it. My birthday is on the 13th so if it is a relatively cheap driver (under £50) I have a shot of getting it as a present.

I have the pixel and vertex shaders but not the 256 MB of dedicated video RAM. I have none of the requirements for the recommended graphics.

Could someone please simplify this and explain the differences tech-wise and price-wise, because I don't know where I should be looking to buy one and which one is most cost-efficient. e.g. Is it worth getting the recommended one even though it's £700 more?

I would really appreciate this because I just spent £40 on Steam credit and pre-ordered it. It'd suck if I couldn't actually play it.

(However, bear in mind it says I can't run Civ V: BNW, even though I can. I would assume it's more serious though since this is released much later and I would expect the specifications to have gone up)

Edit: THIS IS FOR A LAPTOP

I'm afraid it's pretty much impossible to replace a laptops GPU.
Do you have a dedicated card or an integrated, I.e intel HD xxxx.

I'm pretty sure you should be able to get a refund from steam under English law, otherwise i think you might be stuck. Post on their community boards and see what response you get.

If you're looking for a cheapish pre-built, Zoostorm is pretty good: http://www.ebuyer.co...top-PC/Zoostorm.

I bought one of these and have just added cards and things to it along the way, easy to customize in that sense.

Alright thanks guys, looks like I'll have to get myself a desktop. Maybe I can ask for one for my Birthday?

Alright thanks guys, looks like I'll have to get myself a desktop. Maybe I can ask for one for my Birthday?

Depends on your budget really. It looks like the models have changed since I bought one, but it looks like I got something along the lines of this. What I had was able to run Civ 5 easily before I got any new additions like graphics card, and I assume it would've been able to do Beyond Earth too. All in all though, it depends on your budget.

If I were you I'd just build from scratch...

That'll come to a bit less than £400, probably less if you shop around.
You're adding in £130 from a GPU to that pre built so there's hardly any price difference, plus you'll have better quality components and more HDD space and the fun of building a pc.

Sounds good. Are you sure they're all good quality components?

Oh, and also won't I need an optical drive if I want to play videos/disc games on it, or is that something else?

Is there a US equivalent to Zoostorm or is the link you provided just the UK site for the company?

EDIT: This is meant for Spaciouz. Forgot the quote.

Sounds good. Are you sure they're all good quality components?

Oh, and also won't I need an optical drive if I want to play videos/disc games on it, or is that something else?

You might need one if you want to play some disc games, even then they're only £10 so it's not big loss.

At the most you'd need one extra fan and maybe some cable ties for cable management but everything else comes included. I'm going with AMD because they're king of the low end (imo) but other than that it's hard to go wrong.

That's something to go by, knock £10 off that case as they don't have the Fractal core 1000 on that site. I have it and it's great.

That card will run anything on high-ultra at a good resolution and the CPU will last, plus is has some headroom for overclocking which is always nice. The only thing i'd look at upgrading is the motherboard, the 970 chipset is lacking some of the features of the 990/990FX like USB 3 headers and PCIe 3.0 but they;re not deal breakers by any means.

You could also look at going with a smaller for factor, heres a good video explaining the options

If you wanted it cheaper...

Go with an ITX build and use this motherboard, you'll save some money and won't lose much in the process.

There's not much more you can take off without limiting yourself for future games: a lower CPU would bottleneck your GPU and a cheaper PSU would be more failure prone.

Check out the Tech Quickie series if there's stuff you don't understand, that channel got me up to speed on a lot of stuff.

LinusTechTips is a great source for PC building stuff, they have some build guide videos that are excellent, especially their AMD one.

Of course this all depends on how much you care about graphics; if you're ok with medium to high and 720p then you could use a cheaper GPU but hey, that's not the point right?

Since this is going to be an upgrade from a laptop, I'm going to assume that there is no compatible monitor with this build? Since this is going to be an upgrade from a laptop, I'm going to assume that there is no compatible monitor with this build?

Thanks for that. They might have cheaper ones in PC World or something, idk. I'll definitely keep it in mind. I do actually have one from our old PC but its res is 480p or something so definitely not an option.

Bowsie: Not sure, from their website it looks like the only place to buy them are from UK-based sellers.

Seany: From what I've used of my PC, it's all nice quality yeah. If you have the money and want to though, I do recommend building.

Man of many titles

If I were you I'd just build from scratch...

That'll come to a bit less than £400, probably less if you shop around.
You're adding in £130 from a GPU to that pre built so there's hardly any price difference, plus you'll have better quality components and more HDD space and the fun of building a pc.

So my birthday is coming up and I can't decide between 2 bundles. Each have their own pros and cons (e.g the Asus has more processing power but no PCI slots) so I was wondering if any of you could help me decide. Also one is Intel i5 and the other is AMD A10 and I have no clue what the difference is performance wise.

Both have the same monitor by the way, so that doesn't really matter. Thanks.

What's your budget?
I found these:
http://www.ebuyer.co...esktop-ecc01183
http://www.ebuyer.co...504-pc-ecc01198
It's simply Intel and Nvidia vs AMD.
See some comparisons here (not 100% accurate):
http://cpuboss.com/c...-vs-AMD-FX-4350
http://gpuboss.com/g...GeForce-GTX-750
For the monitor:
http://www.ebuyer.co...itor-23mp65hq-p
From what you had in your previous choices, this one is as close as I can get. It only has VGA and HDMI inputs with no DVI but it's an IPS monitor which means that it looks good at any viewing angle. There are other options there.
You're looking at about £600+ for this combo.

These are all great but my parents will only allow me to buy from shops where we can collect in the store and take back to get advice and stuff. I've told them that ordering online is find but they won't have it, which is why I've scoured through PCWorld and these are the best two I can find.

So it's between these two and I don't know which one to choose. Sorry if I didn't make that clear but thank you for your effort.

I can't recommend buying prebuilt but Ill answer a question you had above. The only extra I spent on my custom built (Besides parts) was a couple more cheapy deapy $10-15 fans. $15 because LED (Looks super cool)

If you get a tower that has cable management you won't need ties.

The only problem with custom built (Not sure how it works with prebuilt) is that you will either need a copy of windows or need to uh... "obtain" a "copy" of it on a disk to load (Need CD drive). 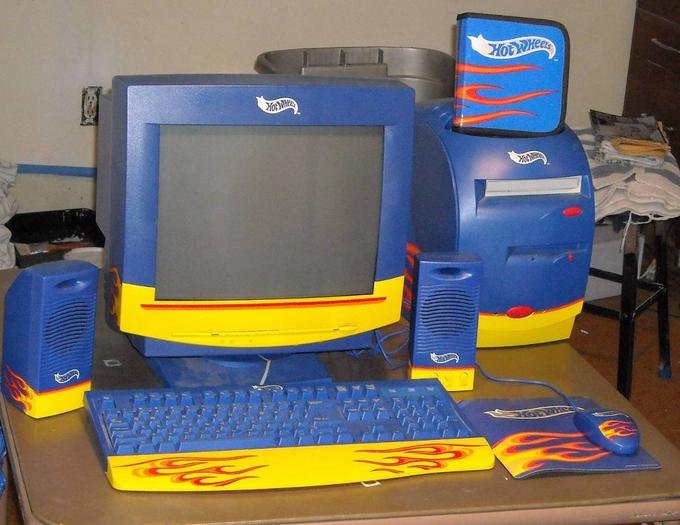 Get this one its the one my Grandmother got me. Makes all the Ladies drop there panties

Back to Tech Center